Learn how to grow Peperomia Hope Plant in the container. Peperomia hope is a beautiful trailing houseplant that has minimal care requirements.

Peperomias are perennial epiphytes, and most cultivars are small and compact but not Peperomia Hope as it’s a trailing plant. The trailing stems of Peperomia Hope with coin-shaped bright green foliage make it stand apart in both containers and hanging baskets. It’s a popular houseplant as it grows easily in the indoor space and requires minimal care. Also, it doesn’t require much space, so growing it in containers is easy. Grow Peperomia Hope plant in a container by going through this post.

How to Grow Peperomia Hope in Container 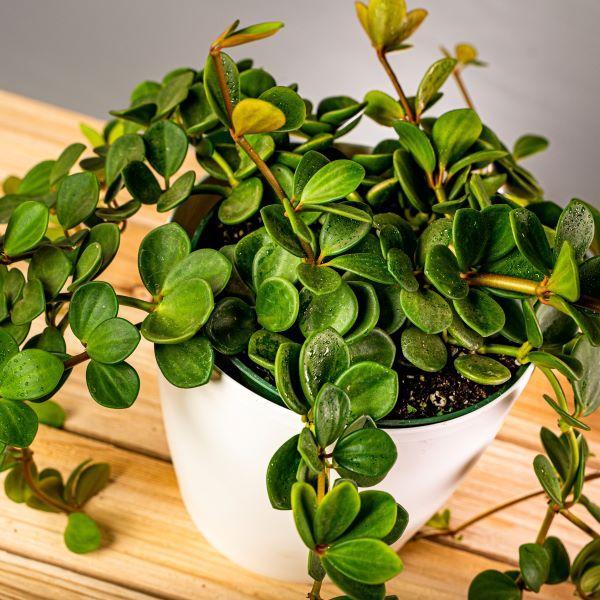 Propagating Peperomias Hope is possible from both stem and leaf cuttings. Take a healthy cutting from the plant and place it in a jar filled with clean water. Roots start to form in 2-4 weeks, and the plant will be ready for potting in the container. Cutting can also root directly in the soil but rooting in water has a higher success rate. A less common method of propagating Peperomia hope is from leaf cuttings. Make sure that the petiole is intact and the leaf is healthy and mature before taking the leaf-cutting.

The best time to propagate peperomia is in the spring and summer, as the plant is in the growth phase in these seasons. The plant becomes dormant in winters, so propagation will not be possible.

Choose a container that’s 4-6 inches in size for planting young Peperomia Hope. Peperomia doesn’t require much space to grow, and a small pot will suffice. In fact, the plant will do much better when it’s a little pot bound. Also, in a large pot, there is a chance that root rot might occur. Make sure that drainage holes are present at the bottom of the pot!

Only go to one pot size large pot that too if the plant has become root-bound or the roots start to come out from the drainage holes. Spring is the ideal time to repot Peperonia Hope as the plant is in the growth phase during this time. Be cautious while taking out the plant from the pot as not to damage the roots.

Peperomia hope grows best when it receives 6-8 hours of bright indirect sunlight. Placing the plant at the windowsill with drapes is a good option as it’ll receive bright indirect light at such a spot. It’ll grow in low lights as well, although not as vigorously. Direct sunlight, especially in summers, can cause the foliage to appear washed out.

Watering Peperomia hope is a bit tricky as it likes consistently moist soil but is sensitive to overwatering. It’s essential to check that the soil is dry an inch below the surface before watering the plant to avoid overwatering the plant. Allow the excess water to drain completely from the bottom of the pot, and don’t let the pot sit in a water pool. The plant requires relatively less water during fall and winters and more frequent watering during spring and summers.

Prepare your own potting mix by adding equal amounts of peat moss and perlite in a container. Buy a good quality potting mix if you don’t want to go through the trouble of preparing the potting mix. Peperomia hope won’t tolerate soil that’s soggy and holds water, so make sure the soil is lightweight and well-draining. 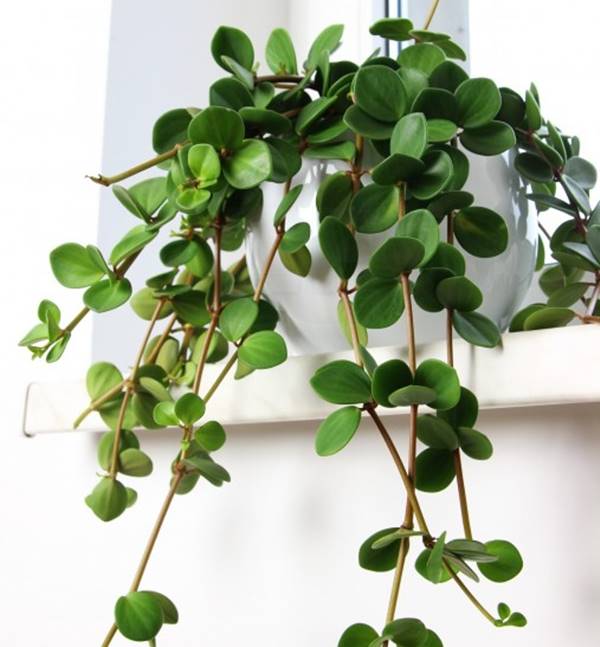 Peperomia Hope grows in high humid regions in their natural habitats and thus do well in surroundings with high humidity. It grows well in average humidity with 40-50 percent, so don’t worry about the moisture as long as the air isn’t too dry. Peperomia love to be misted as it raises the humidity and also provides moisture to the foliage. Placing a pebble tray filled with water near the plant will also help increase the humidity levels.

Although fertilizing isn’t necessary, adding a well-balanced houseplant fertilizer can boost the growth of the plant. Follow the instructions mentioned on the label to apply fertilizer. If the leaves start to fall at an alarming rate after fertilizing, discontinue using that fertilizer. Don’t fertilize the plant during winters.

Peperomia Hope isn’t a fast grower, so frequent pruning isn’t required still; occasional pruning promotes healthy and bushy foliage. Snip off the leggy and yellowing stems and leaves so that the plant can redirect its energy towards healthy growth. Right time to prune will be near the end of winters or the start of spring; during this time, the plant starts to come out of its slumber. Pruning the side shoots will encourage lengthy growth, with foliage sticking close to the main trailing stem. To make it bushy, trim it lengthwise rather than sidewise.