Mexican flowers are revered worldwide and possess a charm unparalleled in the flowering worlds. Here is our list of top flowers that are Native to Mexico!

Mexican flowers are well known and can be seen anywhere around the globe. It’s not possible to be a flower lover without knowing about the flowers native to Mexico. You might likely have come across flowers from this list without knowing that it was a Mexican Flower. Kudos to you if you already knew about some of the Mexican flowers from the list. Let us know in the comments which Mexican flowers you found the most interesting. Without further ado, here is our list of most Popular Mexican Flowers! 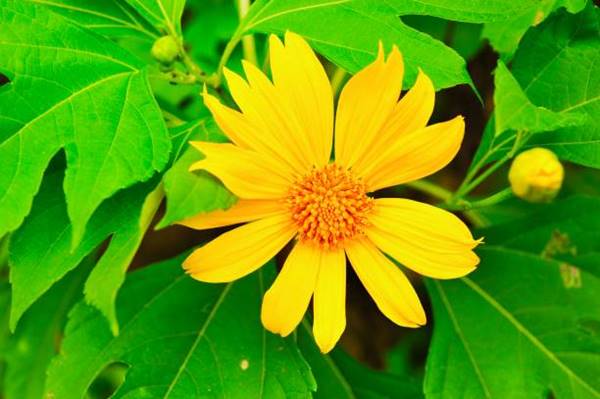 Symbolizing adoration, loyalty, and longevity, Mexican sunflowers can brighten up any surrounding. When it blooms, it blooms profusely, with around 80-120 flowers on each plant. The petals come in attractive hues of red and yellow, with flowers attracting pollinators such as bees and butterflies to the garden. 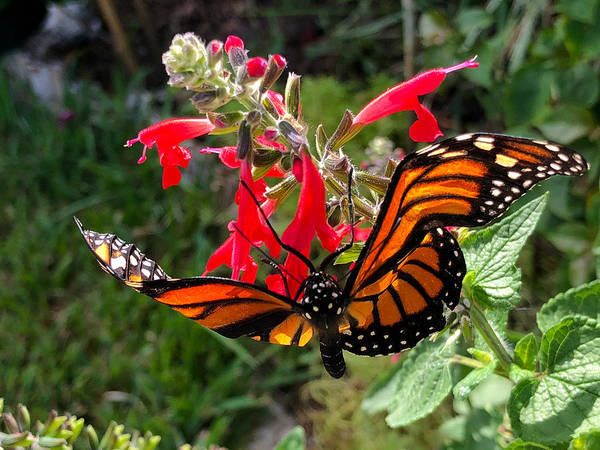 Blooming from late summer to early fall, this flower’s fragrance is a lot like pineapple hence the name Pineapple sage. The flowers of this perennial shrub are bright red and attract onlookers with striking hues. Also, going by the name tangerine sage, it’s a perfect choice for ground cover and attracts butterflies and hummingbirds to the garden. 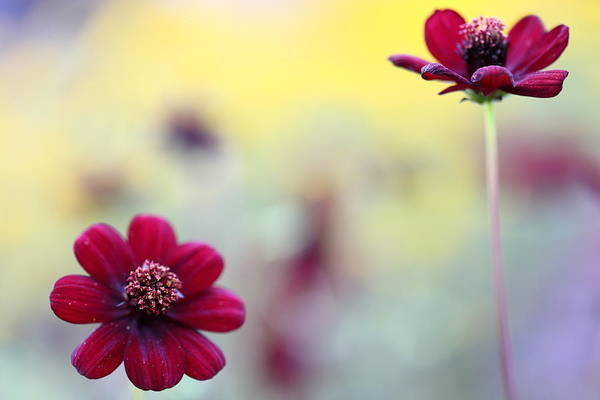 The chocolate cosmos flower can give any height run for its money when it comes to dark hues. It comes in the brilliant shade of dark brown to red and has a chocolaty fragrance. Due to the dark hues, it’s in our list of Best Black Flowers! 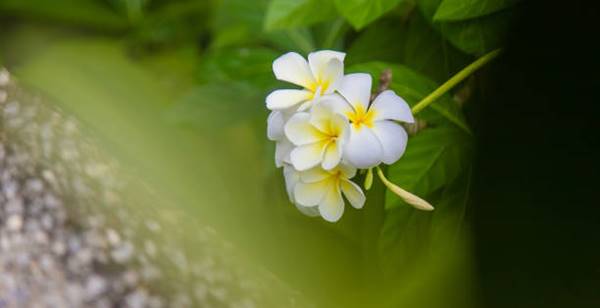 It’s a popular flowering plant seen in gardens, parks, temples, cemeteries, and even in spas. Flowers are charming and fragrant with white to pink edges and yellow center and grow in clusters at the branch tips. You can propagate it by stem cuttings! 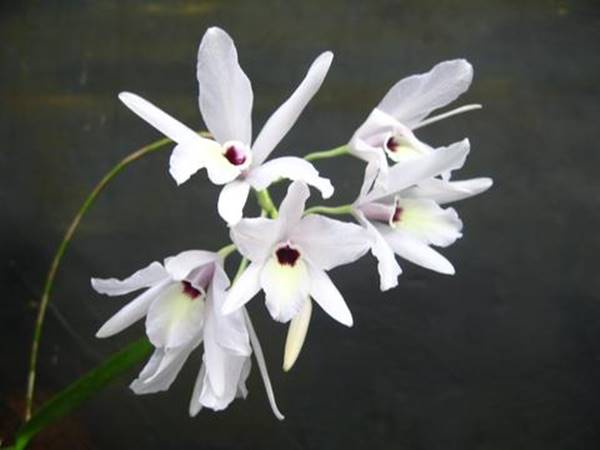 Laelia orchid is an epiphytic, which means that it doesn’t require a growing medium and grows on tree barks and rocks in its natural habitat. This unusual growing tendency acts as a great conversation starter when placed as a centerpiece in-home or office. Being a species of orchid, it goes without saying that the blooms are stunning and come in the shades of lavender and light purple to pink. 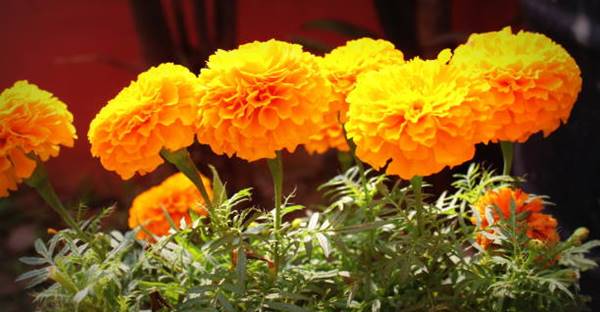 If there is one flower that symbolizes positive energy, then it must be Mexican Marigold. It’s considered one of the purest offerings you can offer to Mexican deities and is used in the Mexican holiday ‘Dia de Los Muertos’ or ‘Day of the dead.’ Brightly colored marigold comes in yellow to red hues and is a popular bedding plant. 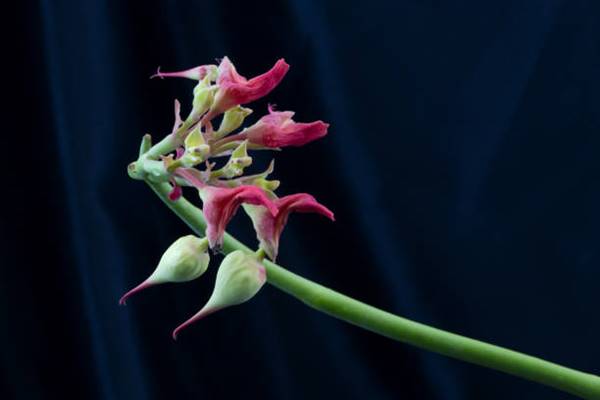 Belonging to the orchid family, the flowers’ lips resemble slippers and the bizarre name Mexican lady’s slipper. Its spread throughout the United States, Canada, and Mexico and come in white and purple shades. 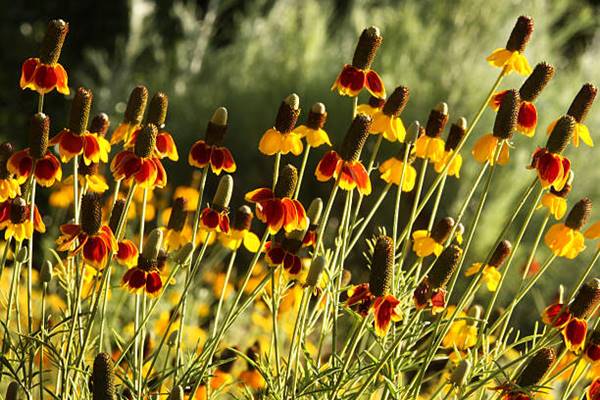 Commonly spread through Canada, the United States, and Nothern Mexico, this unusual flowering plant also goes by Upright Prairie Coneflower’s name. It blooms in midsummer on large stalks with mahogany-red petals and a blackish-brown central cone that makes it stand apart from other flowers. 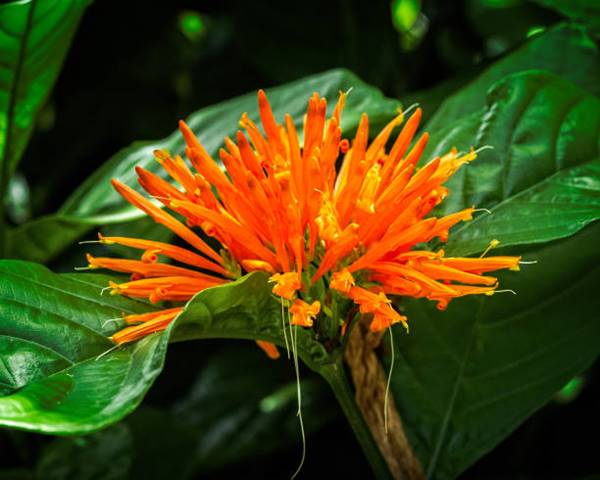 Also known as Firecracker or Muscle bush, this evergreen shrub produces thin and tubular bright orange flowers. The flowers attract pollinators, especially hummingbirds and butterflies, to the garden. The leaves can be used to prepare tea and were traditionally used to prepare the dye. 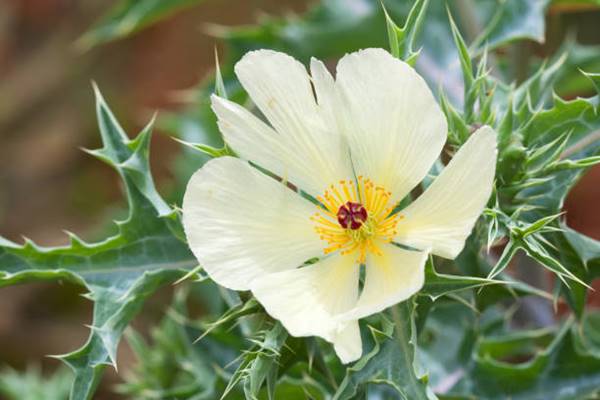 Blooming in the springs, the Mexican poppy is widely recognized for the medicinal properties. The small flowers have petals that range from cheerful yellow to white. It has prickly thorns, and that’s why it is also called Mexican prickly poppy. 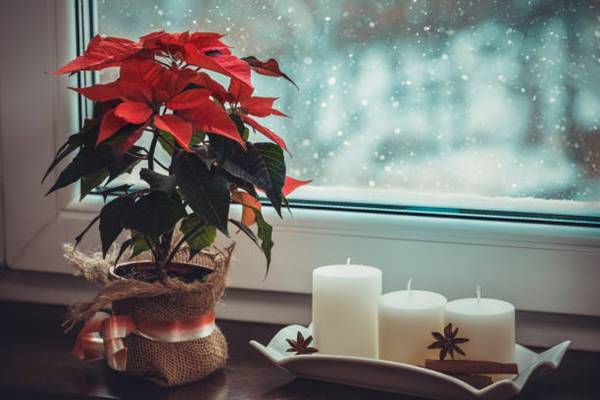 The poinsettia is a popular houseplant associated with the Christmas holidays and besides the Christmas tree is the most popular Christmas decorations. The flaming red foliage is often confused for flowers, and it also comes in orange, pale green, cream, pink, white, or marbled colored cultivars. 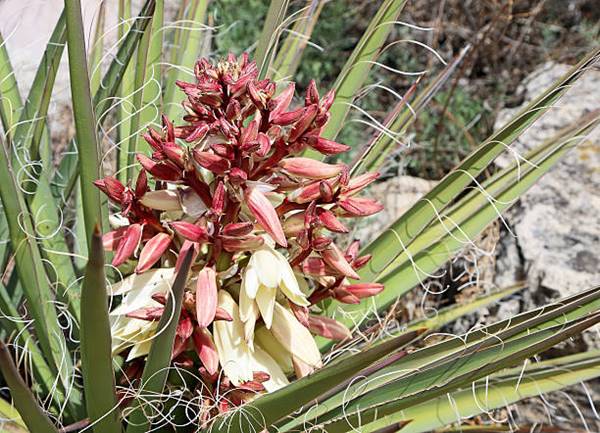 It’s commonly seen from northwestern Mexico to the southwestern United States, known as banana yucca because of the banana-shaped fruits. Narrow foliage has a spine at the tips and grows in clusters with a flowering stem rising above the foliage and bearing pendant-shaped fleshy white blooms with a reddish-purple tinge. 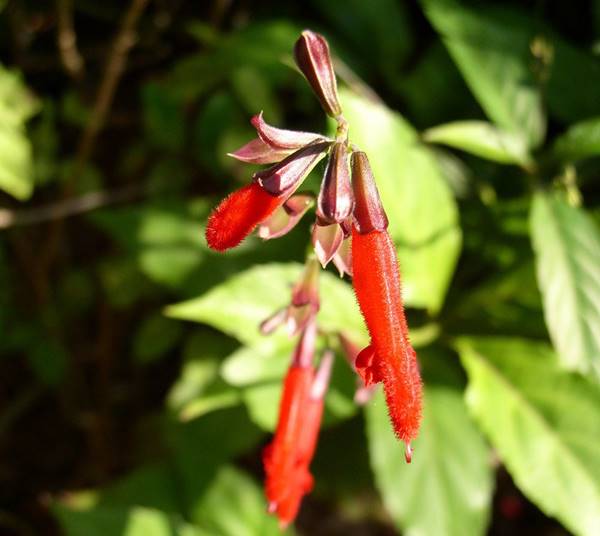 Tubular Belize sage blooms are red and appear to almost glowing, which attract butterflies and hummingbirds. The foliage also adds interest to the plant’s profile as it’s glossy and smooth, and that’s why it is also called Misty Mountain Sage. It’s a low-maintenance plant suited for containers and among the few Mexican flowers that grow well in containers. 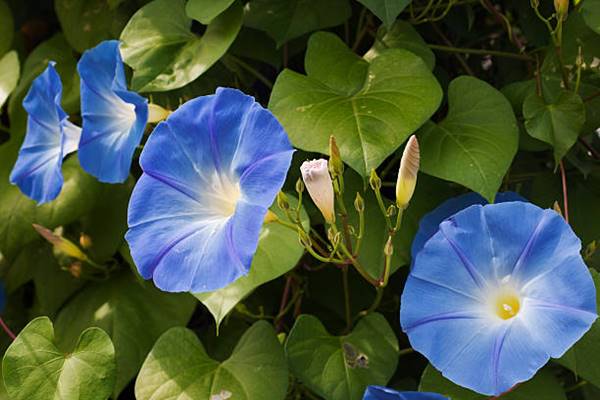 The glorious Mexican Morning Glory opens up only in the morning and comes in the stunning shades of common blue, purple, and white. It’s an annual vining plant on which trumpet-shaped flowers grow from summers to autumn. Young flowers are bluish-violet that change to pale purplish-pink with age. 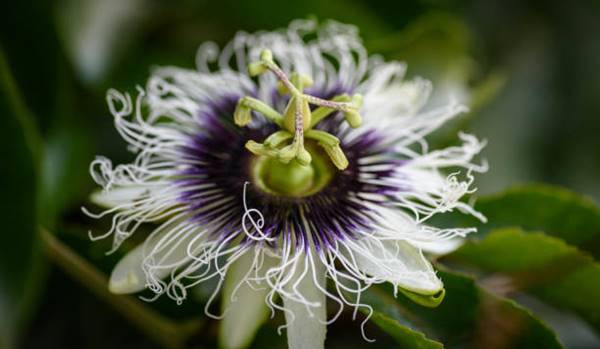 Among all Mexican flowers, this flower stands out the most with the distinctive appearance. The flowers’ most notable feature is the petals shaped like ribbons or threads and come on either yellow and purple hues or red and green hues. The flowers, later on, ripen to passion fruits! 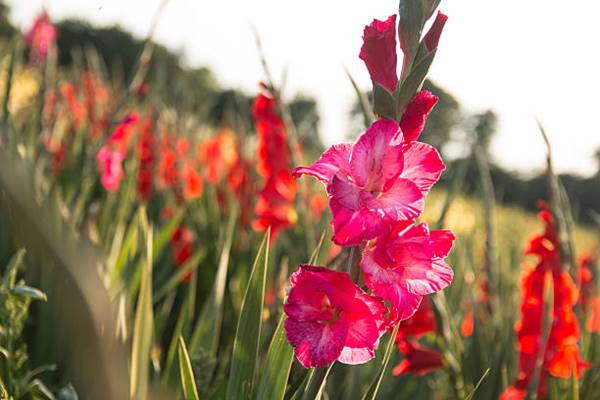 It gets this unusual name from the sword-shaped leaves and is another common flower in the Day of the Dead celebrations in Mexico. The flowers are long and tube-shaped and made up of petals that range in yellow, pink, and red in hues. 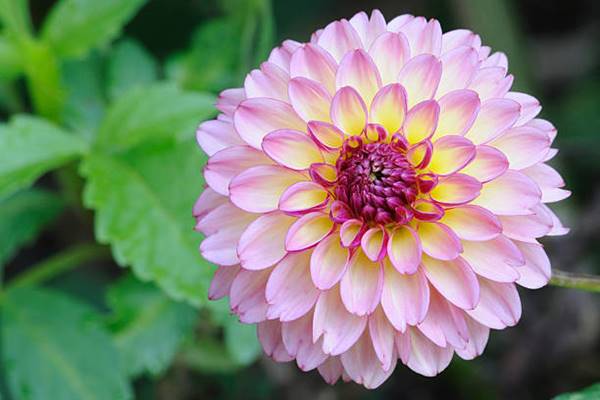 Dahlia is the National flower of Mexico, which says a lot about the reputation of Dahlia. Petals are arranged in a symmetrical pattern that appeals to the onlookers. Except blue flowers come in many colors and many flowers even show dual tones. It blooms from summer to autumn. 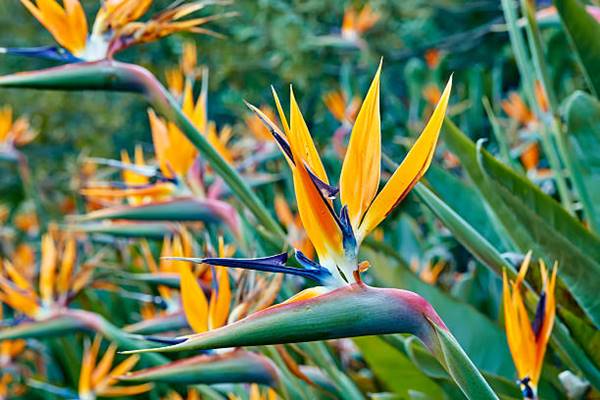 Commonly known as crane flowers, the flowers are enough to add a dramatic flair to any surrounding. The gorgeous flowers emerge from a pink beak-like spathe and resemble the crest on the bird’s head. Also, flowers grow in brilliant shades of orange and vivid blue. It can attain a height of six feet with a spread of 2-4 feet. 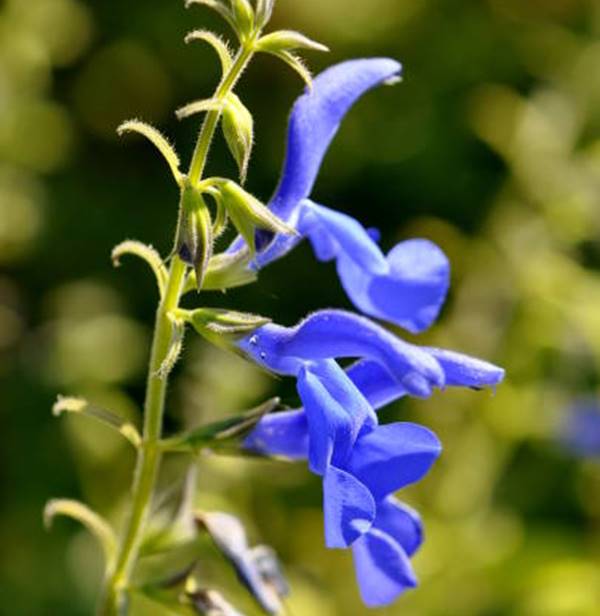 Popularly known as spreading sage, its flowers are deepest and bluest among the Mexican flowers and the entire flowering world. Flowers are two-lipped, and although a perennial is grown as annuals in cooler zones. It attracts pollinators, insects, butterflies, and hummingbirds to the garden. 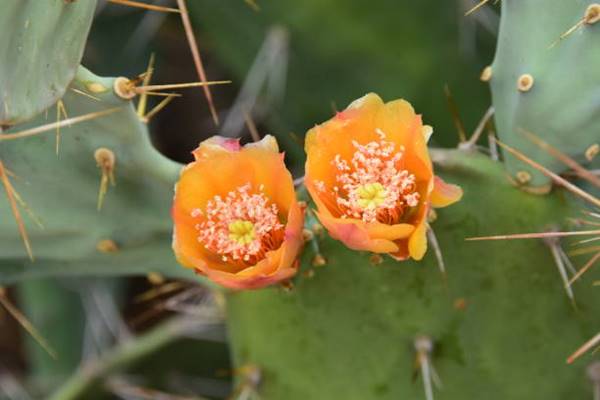 It’s the most commonly cultivated and commercially valuable cacti in the world when it comes to cacti. It’s used primarily as a food crop and is a boon for arid and dry regions. Flowers contain flavonoids and come in red, white, and yellow shades, followed by succulent reddish fruits. 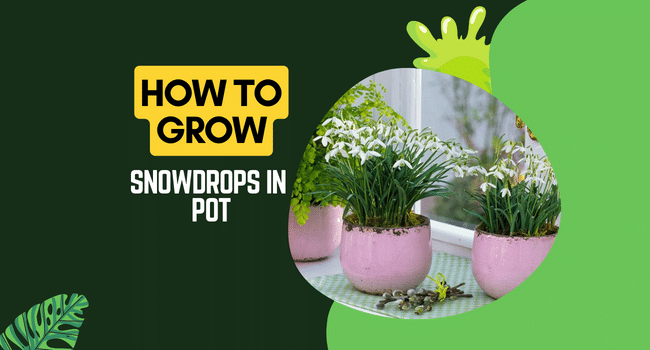 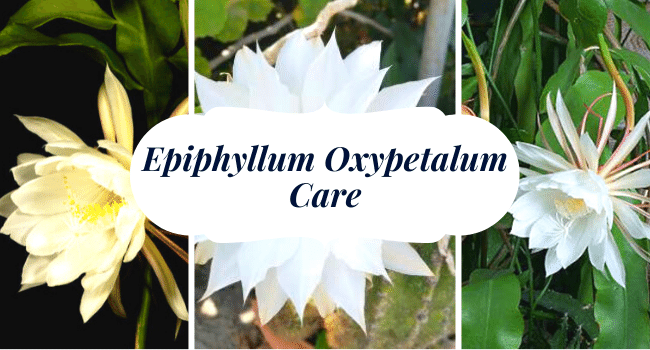 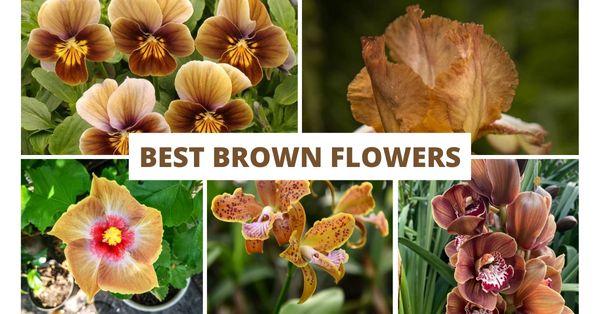 There is nothing more glorious than brown flowers blooming in the garden! Check out these Best Brown flowers on our list. The brown flowers symbolize warmth and a homey feeling, making a perfect companion on your low days. Brown flowers also represent determination, stability, strength and grit. In this list, we mention the best brown… 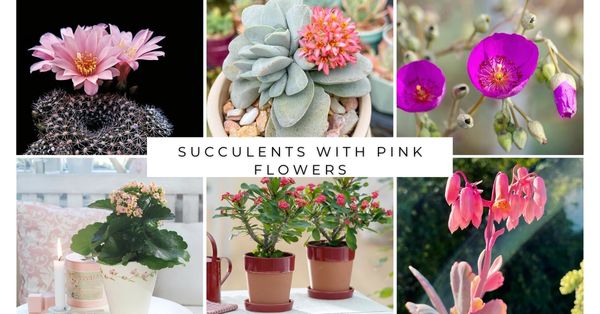 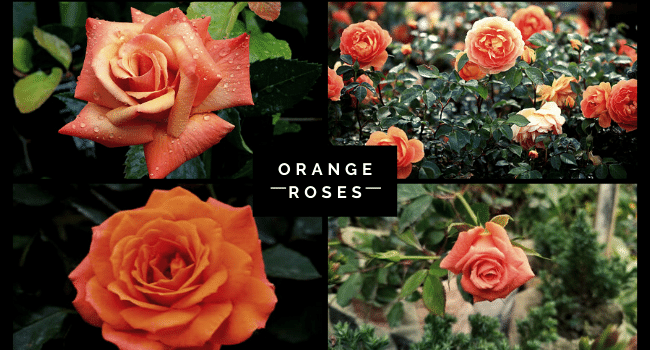 Orange roses make a statement in every surrounding with stunning and fragrant blooms. Let’s know more about orange roses, their meaning, and growing tips! Roses stand on a pedestal when it comes to flowers, what with the exotic fragrance and stunning look. They come in many shades from which orange roses are probably the most… 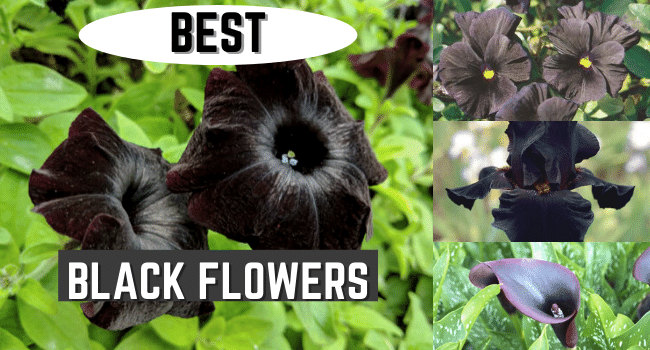 Black flowers have an enchanting and exotic appeal that’s unparalleled in the flowering world! Know all about these Black and Dark flowers in this post. Growing a Black flower in-home or garden adds a dark and mysterious appeal to the surrounding space. Black flowers are relatively rare, and it’s not often that we come across…