Turmeric has many uses in the garden that will safeguard your plants! Let’s discuss some of the most notable benefits of using turmeric on plants.

Turmeric has many medicinal and culinary uses and has been used for thousands of years in various parts of the world. But did you know that turmeric can also be used in the garden! Curcumin, an agent present in turmeric, acts as a natural fungicide and pesticide. So instead of using chemical pesticides and fungicides that have many adverse effects on the environment, do give turmeric a try. Below we mention some of the best turmeric uses in the garden!

Powdery mildew is a fungal disease that affects the foliage causing white or light grey powdery spots on the leaves. Turmeric powder contains a compound known as curcumin that controls and stops the spread of powdery mildew. To make this remedy even more effective, mix wood ash in equal parts with turmeric and sprinkle this powder on the affected leaves. Morning hours are the best time to sprinkle as the turmeric powder mix sticks to the surface of the leaves because of dew. This research article backs this claim!

Plants also get wounded due to a number of reasons, including but not limited to animal attacks, pruning, grafting, and insect attack. Open wounds in plants, especially when young, invite fungal and bacterial growth. Spray turmeric solution (water and turmeric) over the exposed wounded parts of the plant. Next time you prune a rose, or graft tree, don’t forget to use turmeric!

Ants, beetles, mites, cabbage larvae, and other such pests cause damage to the plant and are the cause of nuisance as well. Instead of retorting to chemical pesticides to get rid of pests, why not try turmeric. It has a potent smell that shoos away the pests and keeps your plants safe. Sprinkle ground turmeric over the foliage, and anywhere you see pest infestation.

Also Read: How to get rid of Aphids Naturally

Fungal diseases caused due to the onset of fungal pathogens can damage and even cause the death of the plant. Instead of retorting to chemical fungicides, use turmeric, a natural fungicide. Turmeric is effective against brown stem rot, downy mildew, early blight, and leaf blight. You can sprinkle turmeric on the affected parts, spray, or apply it in paste form.

Apart from repelling pests from the plants’ turmeric also helps get rid of them from the soil. Add once tablespoon of turmeric in one gallon of soil at the time of planting, but no more than that. It’ll also safeguard the roots from fungus gnats and fungal root rot. Another effective way is to water the soil with turmeric solution (one tbsp. turmeric in one liter of water) again; don’t overdo it!

Among the turmeric uses in the garden this is more of indirect use! Getting scrapes and scratches in the garden is pretty common, especially when working with thorny plants such as roses. Applying a paste of turmeric on these wounds helps them heal faster and prevents bacterial and fungal infections.

Bug bites are pretty common if you spend any amount of time in the backyard. Turmeric paste is an ideal antidote to such bites due to its antibacterial and antimicrobial properties. It also reduces itchiness, so you won’t be tempted to scratch the bite site. Mix equal parts turmeric and water and apply the paste to the affected part of the skin.

Although it won’t have the same effect as the rooting hormone, using turmeric at planting cutting does have its advantages. Due to turmeric’s antibacterial and antifungal effects, the chances of successful rooting increase.

Bored of looking at those bland planters? Turmeric is an excellent dying agent that you can use on planters. Mix grounded turmeric with water and use this mix to paint planters. Using this turmeric mix, you can also make some creative art over the planters. You can also dye Easter eggs with turmeric solution!

Darkening or blackening of the rose stem that starts from the tip of the branch and soon engulfs the whole plant is called rose dieback disease. To stop the progress of Rose Dieback disease, you can apply this turmeric paste over the affected parts. If the spread does not stop, ideal solution would be to cut back the affected part. 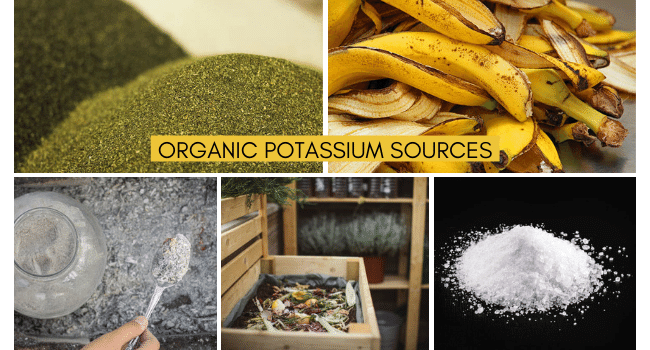 Raise potassium levels in the soil naturally with these organic potassium sources for plants. Potassium is a must-have nutrient for growing both vegetables and fruits. The need for potassium for plants can never be overstated as it’s an essential nutrient for plants. Almost all fertilizers contain potassium in situ with nitrogen and phosphorus, abbreviated as NPK ratio over the label. Stunted growth and… 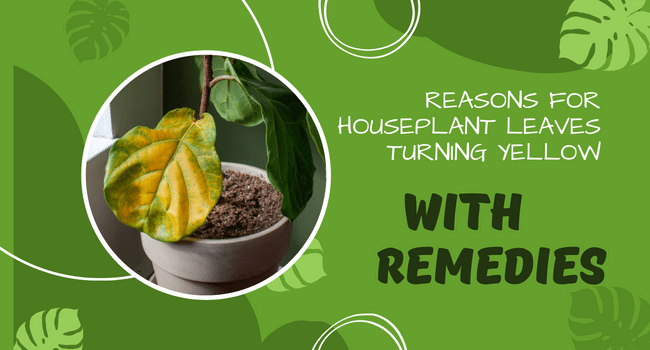 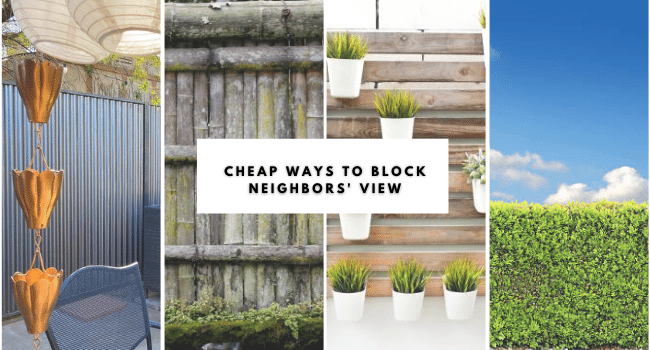 Here are some of the Cheap ways to Block Neighbors’ view in the garden and backyard. Now you can spend time outdoors without thinking twice about prying eyes. Having privacy from neighbors is important if you like to spend leisure time in the garden or backyard. Instead of hiring a construction worker to build up that wall which will cost you a small fortune,…